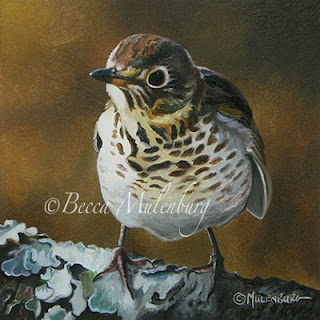 A very good number of Olive-backed Swainson’s Thrushes have migrated through in the last two weeks, but now they've mostly moved on, replaced by the larger, more obvious Northern Flickers and Blue Jays pecking at the ground. Each September, when these thrushes come to visit, they hunt insects like crazy. I’ve noticed their behavior is similar to American Robins, another type of thrush, in how they hop through the grass, pause, tilt their heads, then nab their prey. Oftentimes, if a low branch is nearby, they’ll fly up to it for a few moments to get a better view, then fly down to catch what they’ve spied.

Swainson’s Thrushes are much less noticeable than Robins due to their smaller size and lackluster color, but they have the most beautiful songs in the world. Not alone in my opinion, I would describe their calls as being similar to a flutist playing notes inside of a hollow metal tube. I have often wondered how such lovely sounds can come from any living creature. Spring and summer are when their musical magic happens, usually deep in the woods. As much as I love their calls, I have never seen a Swainson’s Thrush sing in person, except in captivity while visiting Green Bay’s Bay Beach Wildlife Sanctuary a few years ago. If you’re hoping to hear a Swainson’s Thrush, you’ll probably have to wait until next spring if you live in my neck of the woods. Right now, they’re on their way to Central and South America for the winter. Now that’s quite a long migration route, wouldn’t you say?

Posted by Becca Mulenburg at 2:24 PM No comments: 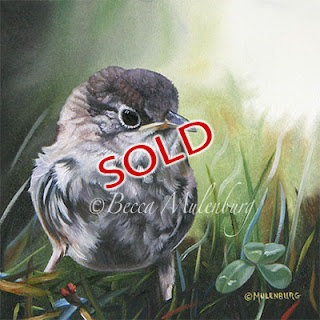 Posted by Becca Mulenburg at 10:11 AM No comments: 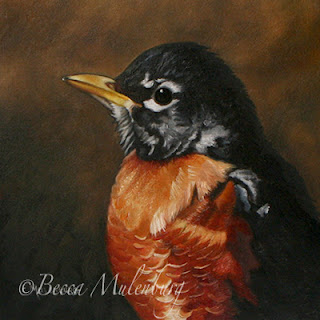 Dear Robin, Will you please eat all of the black flies that bite me so in the springtime? Maybe they aren't as tasty as worms, but perhaps you could learn to like them even more than worms. After all, worms are slimy and squirm in your stomach. Doesn't that make you feel weird? I don't think biting flies would squirm after stabbing them with your beak. Try following them up with a clover chaser, there's a lot of that in my grass. Herbed Black Fly hors d'oeuvres, now doesn't that sound delicious?


Posted by Becca Mulenburg at 9:48 AM No comments: