Can I Get a Witness? 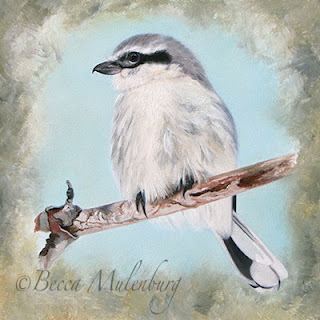 During the winter months of 2020, I started feeding a White-throated Sparrow that was stranded at my home here in Duluth, Minnesota. Unsure of when I first noticed it, I suspect it was late October but more likely early November, a time when fall’s lifeboat becomes unmoored, and creatures that don’t belong here are left with few options for survival. White-throated Sparrows have short migrations and don’t need to travel very far come wintertime, but each day the bird remained carried it further into a tunnel with a dimming light. I was sad to see it hanging around and wondered about its circumstances. Of course, I realized I’d never know and grew bothered by stories that seeped into my head uninvited. So, I concentrated on what I could do to help it. Perhaps by making sure this bird was well fed, one day it would fly south to join others of its kind. That’s what I was hoping for. And on the double, too! I figured if I gave it plenty of nourishment before the onset of winter (which in all honesty seemed like it was already here), it might stand a chance.

If there was a reason the White-throated Sparrow was stranded, the weather may have been a major factor. Last October, both snowfall and temperature records were set in Duluth. It was the second snowiest October ever (12 inches) and the second coldest from October 16-31st. The sparrow was frequenting two areas for shelter; one was a covered, outdoor wood pile enclosed on three sides (this was its favorite hangout), and another was a depression underneath an unused sauna about fifty feet away. Neither of these areas were heated, but at least they provided some protection from the wind and snow. Once I knew where it hung out, I tossed it seeds every day, but only by the wood pile. Each time, it responded by coming out for food.

Compared to the Arctic Tern which has the longest migration of any bird (from the Arctic to the Antarctic), the White-throated Sparrow’s migration is short. All this bird had to do was make it to the Mississippi River near Minneapolis to reach its northern-most safety point, a mere 150 miles south. Yet each day that it remained, the hurdles towards its survival grew higher.

December arrived, and I was still feeding the little sparrow. I enjoyed watching it sunning itself on a stump by the woodpile, all fluffed out and absorbing rays. November and December weren’t terribly cold, but on December 23rd the first blizzard of the season rolled in. It brought heavy wet snow and 55 mph winds. I was worried about the sparrow, especially because I hadn’t seen it for days, but eventually it showed up and I was relieved. Still, my sense of relief was fleeting, there were three to four more months of winter to go. When it comes to nature, I am a realist, a pessimist, and an optimist, all rolled into one. I know how cruel nature can be, and despite feeling encouraged that it had made it through one-third of a Duluth winter, plenty of obstacles remained. The coldest nights brought me the most worry.

Days turned into months and by mid-January I was growing ever more hopeful this sparrow would make it to April. After all, it survived a blizzard and several nights of below-zero temperatures. Would this be the first White-throated Sparrow to ever survive a Duluth winter? Probably not, but I envisioned the stories it would tell its friends, and the happiest of reunions come spring. I was feeling very optimistic.

My one downfall was that I hadn’t considered predators, at least not the flying kind. Sure… I’d thought of the red squirrel who owned the woodpile, but it was a nuisance at best, not a predator, and only showed up occasionally. Besides, the sparrow’s best defense was that it could fly and its hiding places were secure, or so I thought. But birds of prey are tenacious and patient, they wait for the perfect opportunity to strike.

Located in a depression at the edge of the sauna, the sparrow was injured and dying. Occasionally, the shrike flew down to the sauna for observation near the bird, then flew back up into the tree. Then, it flew a short distance to my feeders looking for more prey. After finding none, it flew back to the apple tree, then eventually down to the sparrow.

Northern Shrikes are winter birds the size of American Robins, and my personal observations of them has only been in winter. Interestingly, I’ve noticed them most often during the onset of a cold front preceded by a heavy snowfall. It can be calm or windy, sunny or overcast, but I know I stand a fair chance of spotting a Northern Shrike during those conditions.

During wintertime, their food sources are typically small birds and mice; whereas they’ll eat large insects, voles and other small rodents at other times of the year. Also known as Butcher Birds, Northern Shrikes impale their prey on sharp objects or secure them in a crotch before eating them. Sometimes their prey is left for a later meal. Other times, shrikes kill more than what is needed.

One of my friends asked me why I painted one of my not-so-favorite birds, especially this one that killed the little sparrow I was trying to save. And did I think of putting a big black X through the painting after I painted it?

I try not to give in to my emotions when it comes to nature because there are many ways of looking at what happened to the White-throated Sparrow. Easier said than done, though. Yes, the sparrow’s death saddened me, but it didn’t take away from the fact that Northern Shrikes like to eat small birds. As much as I wanted the sparrow to live through the winter, the shrike had an attainable food source, one of its favorites nonetheless, and acted upon it. Sure, I wish the shrike had found mice or voles instead, but vole tracks were slim pickings this past winter, the fewest I’ve seen in years. As for mice, our indoor traps caught a few, they know where to hide.

I’m glad the Northern Shrike eats mice, voles and insects, but wish it didn’t prey upon small birds. I’ll just leave it at that.

Posted by Becca Mulenburg at 4:03 PM